Gabriel Mark Hasselbach and his band rip through an exciting set at the 2017 TD Vancouver Jazz Festival, in a cool venue called Blue Martini. Performing with him are his longtime fav players: Miles Black (piano), Laurence Mollerup (bass), Phil Robertson (drums), and his 'since childhood' musical buddy Brian Monroney (guitar), who came all the way up from Seattle for this gig. The set included many of Gabriel's strongest live tunes, culled from his 14 albums, 10 Billboard hits, and 3 JazzWeek hits, plus his 2011 Canadian Smooth Jazz Awards  Album of the Year 'Told Ya So'.

Gabriel plays flugelhorn, flute, and trumpet on this set. You can find him at www.GabrielJazz.com

His Gabriel Signature Mouthpiece line is at www.Wedgemouthpiece.com/Gabriel

The prior date for this show has been changed to Feb 9, 2020

Come check out the keyboard wizardry of Tilden Webb, and the percussive nuance od Nicholas Bracewell. Special guests like Lisa Dunn, LJ Mounteney, and more will join the fray! Lots of great engaging tunes! Call or text 604-817-0659 for rezzies  $10 at the door. 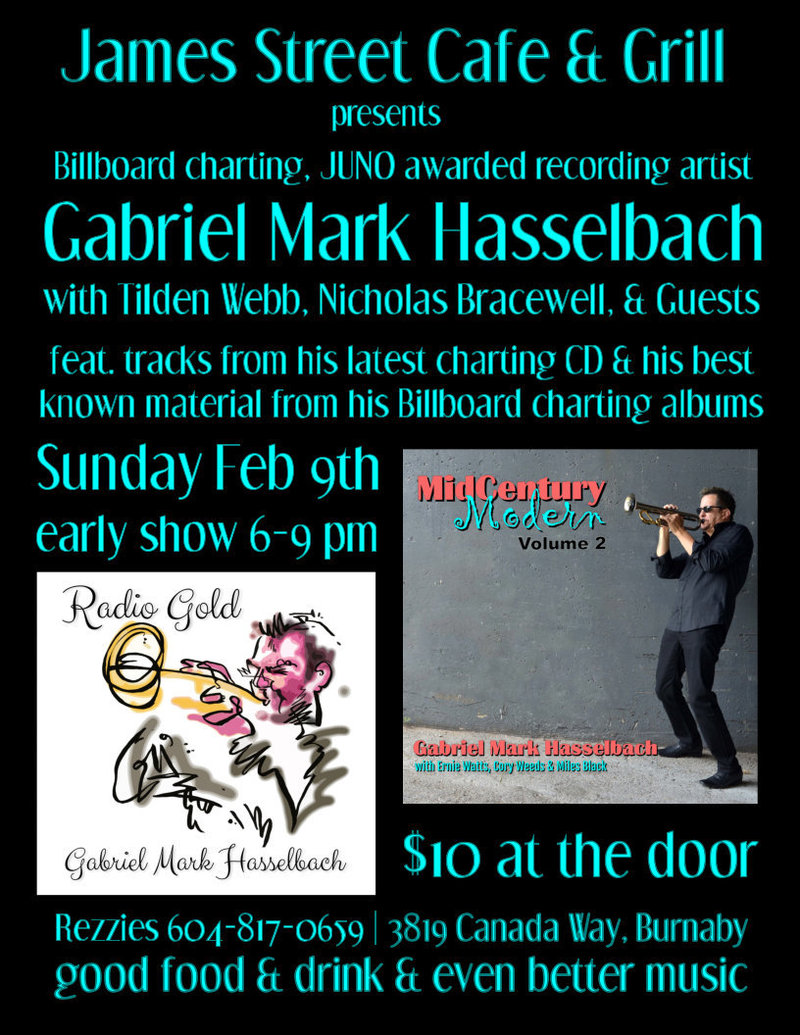 Take it from Blue himself:

This site documents my journey as an independent jazz artist in a chaotic music industry. I guess this is where I get to 'blow my own' horn, so here goes.